Finzi Friends is led and managed by a committee, elected each year at the Annual General Meeting of the society. If you wish to contact the Committee, please email Eric Hazelwood via the link below:

Iain Burnside is a pianist who has appeared in recital with many of the world’s leading singers (“pretty much ideal” BBC Music Magazine). He is also an insightful programmer with an instinct for the telling juxtaposition. His recordings straddle an exuberantly eclectic repertoire ranging from Beethoven and Schubert to the cutting edge, as in the Gramophone Award-winning NMC Songbook. Recent recordings include the complete Rachmaninov songs (Delphian) with seven outstanding Russian artists (“the results are electrifying” Daily Telegraph). Burnside’s passion for English Song is reflected in acclaimed CDs of Britten, Finzi, Ireland, Butterworth and Vaughan Williams, many with baritone Roderick Williams.
Away from the piano Burnside is active as a writer and broadcaster. As presenter of BBC R3’s Voices he won a Sony Radio Award. For Guildhall School of Music & Drama, Burnside has devised a number of singular theatre pieces. A Soldier and a Maker, based on the life of Ivor Gurney, was performed at the Barbican Centre and the Cheltenham Festival, and later broadcast by BBC R3 on Armistice Day. His project Swansong was premiered at the Kilkenny Festival and will play in Milton Court in November. Iain Burnside is Artistic Director of the Ludlow English Song Weekend and Artistic Consultant to Grange Park Opera. 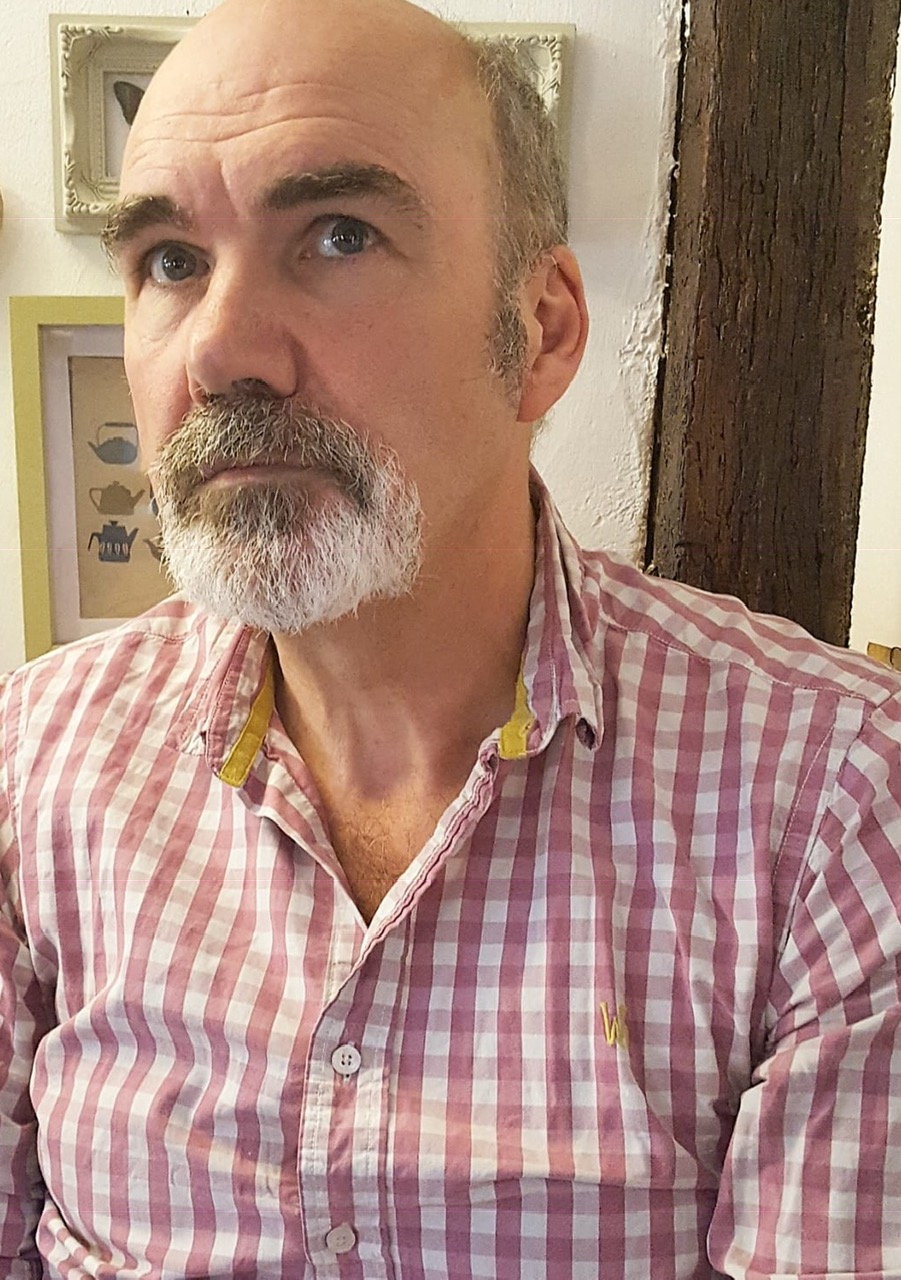 Martin Bussey combines the roles of composer and conductor and frequently gives talks about music. He currently directs the Chester Bach Singers, the BBC Daily Service Singers, and is a vocal tutor at Manchester University. He is Chairman of Finzi Friends and edits the society’s Journal, and is a director of Ludlow Song. Martin was a Choral Scholar at King’s College, Cambridge where he studied composition with Robin Holloway and singing with John Carol Case, after which he studied singing at the Royal Northern College of Music with Nicholas Powell. He ran the aural, academic music and choral programmes at Chetham’s School of Music, where he taught from 1988 to 2013.  Martin’s Mary’s Hand, a one-woman show created with Di Sherlock and mezzo-soprano Clare McCaldin, premiered in the summer of 2018 to great critical acclaim. Since then performances have included venues in Hexham, Lancaster and the Three Choirs Festival in Gloucester and several London concert series. The BBC has broadcast performances of Martin’s songs and choral music regularly, including from the Ludlow Song Weekend. Recordings include Through a glass, a recording of songs, by Marcus Farnsworth, James Baillieu and an ensemble directed by Thomas Kemp on Resonus Classics. A CD of Martin’s choral music sung by the London-based choir, Sonoro, directed by Neil Ferris, is to be released in Autumn 2019 by Resonus Classics. 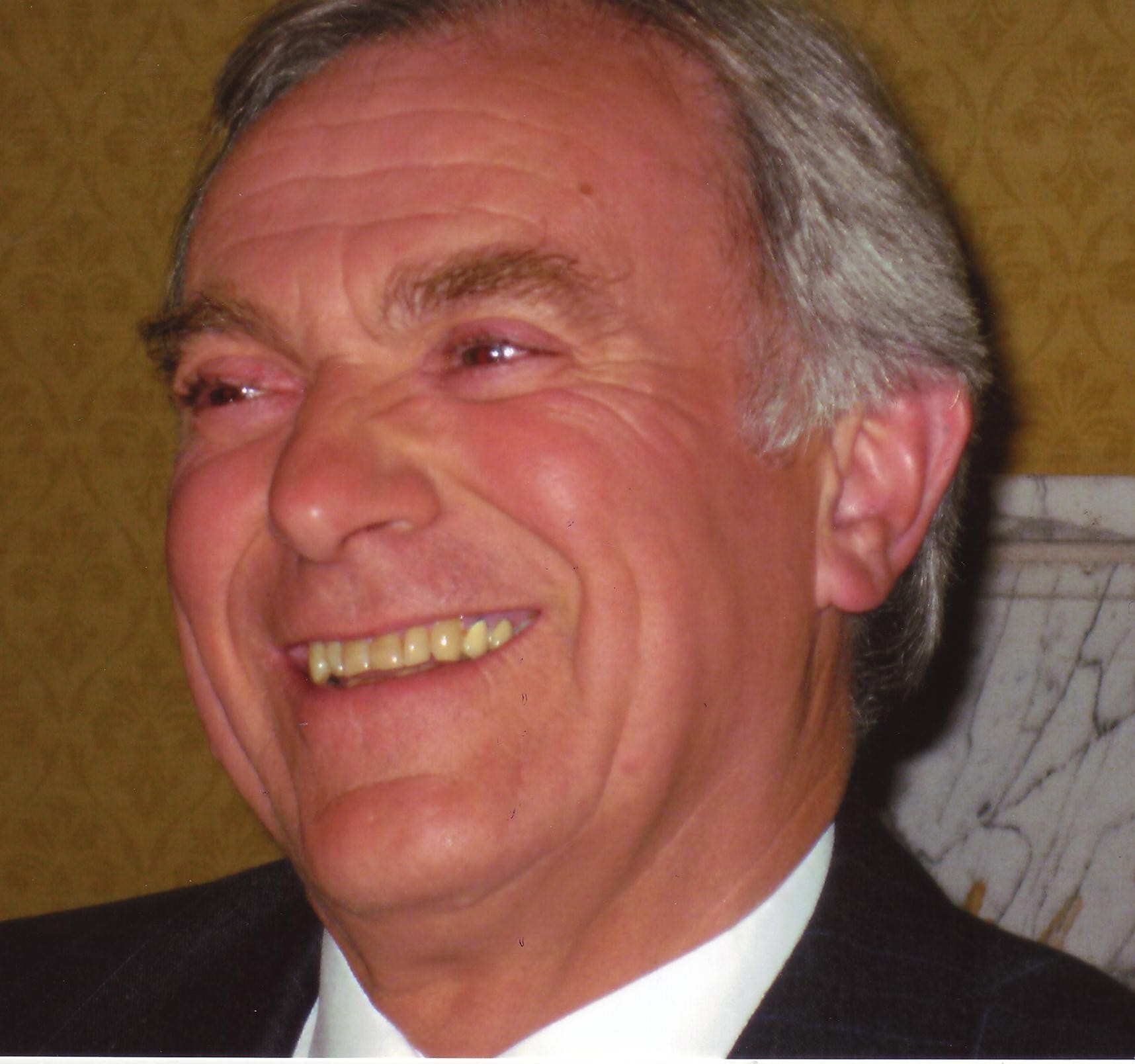 Paul has been a member of Finzi Friends with his wife Pat since 1995 and joined the committee in 2014.  He is also a director of Ludlow Song, which was formed out of Finzi Friends to organise the annual Ludlow English Song Weekend.  They live in East Horsley, Surrey, with their two black labradors. He is a Chartered Engineer and retired from the Defence Electronics industry in 2004 to devote more time to opera, choral music and other interests.  For 20 years, the last 10 as chairman, he served on the committee of Surrey Festival Choir, which was formed out of the Surrey County Music association founded by Vaughan Williams to encourage participation in music throughout the county.  He has also participated for over 45 years in the Leith Hill Musical Festival. Pat and Paul attend the Three Choirs Festival every year, acting as ushering stewards for many years at concerts and other events and regularly meeting members of the worldwide audiences. Having studied with a number of distinguished voice teachers, Paul has performed in many operas with Hampstead Garden Opera, Opera South and other companies and in concerts in London and Surrey over the past 40 years.  He first encountered, and was attracted immediately to, the works of Gerald Finzi in the baritone songs and choral works. 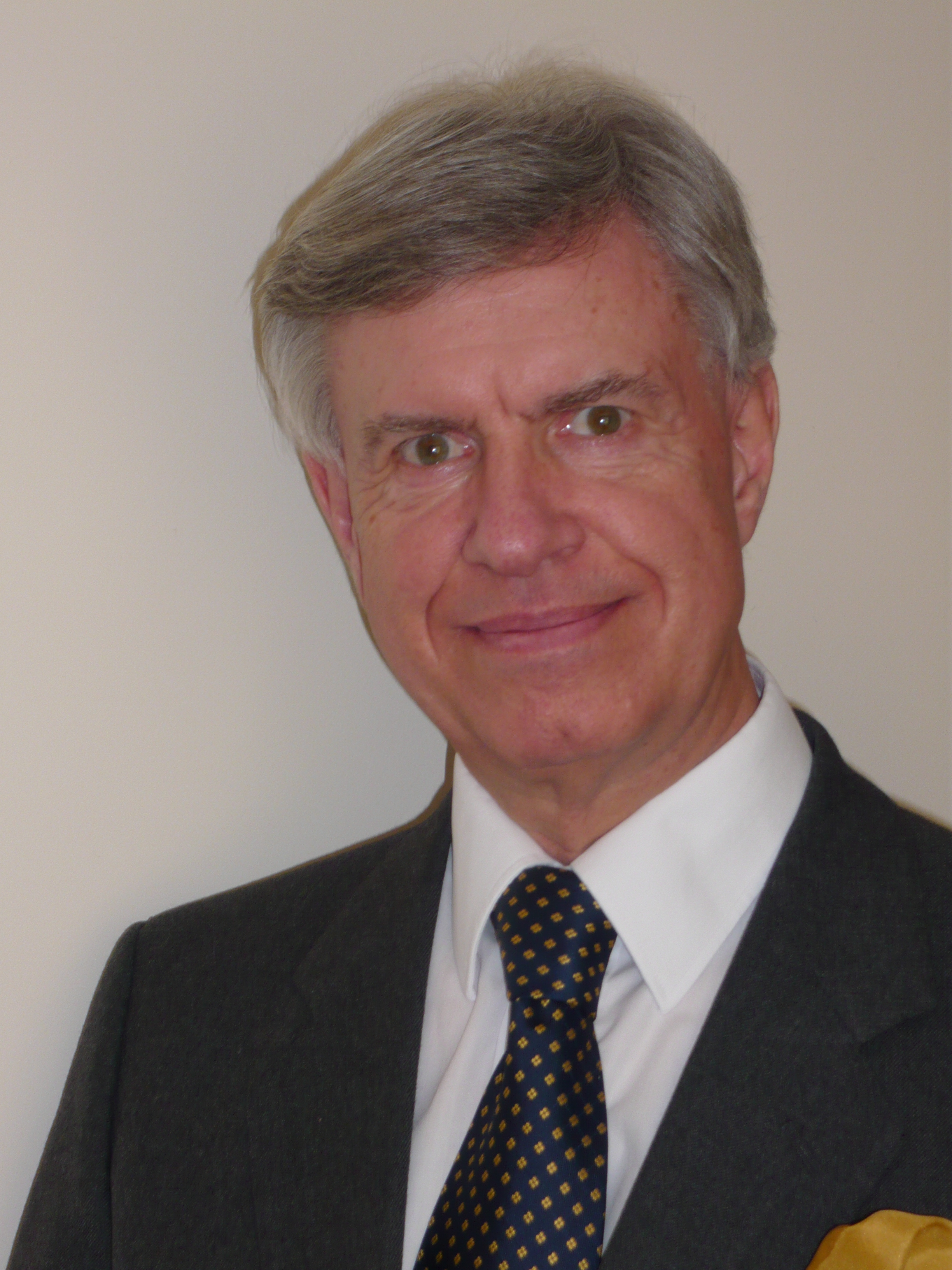 Eric is the Secretary and has the responsibility for the production and editing of the biannual Newsletter.  He is keen to see that Members are kept informed and that Members become involved, whatever they have to say. As a Chartered Engineer (now retired) he spent a lifetime in the nuclear industry which took him abroad, including to the Far East, giving him the opportunity to experience different musical cultures.  Music in the home, where his trumpet, accompanied by his wife on the piano, is kept busy, has balanced the working environment. An upbringing in church tradition established a love for music and particularly choral singing.  Over the years this has involved a number of Choral Societies and a Chamber Choir and he is currently singing with the Uppingham Choral Society as well as supporting his village Church where he serves as the Churchwarden. He has a love of poetry, and English music in particular, which made the music of Gerald Finzi a natural choice.  His respect for the Finzi Friends and its dedicated team of enthusiastic leaders has encouraged him to give something back with their infectious enthusiasm and commitment being a worthy example. 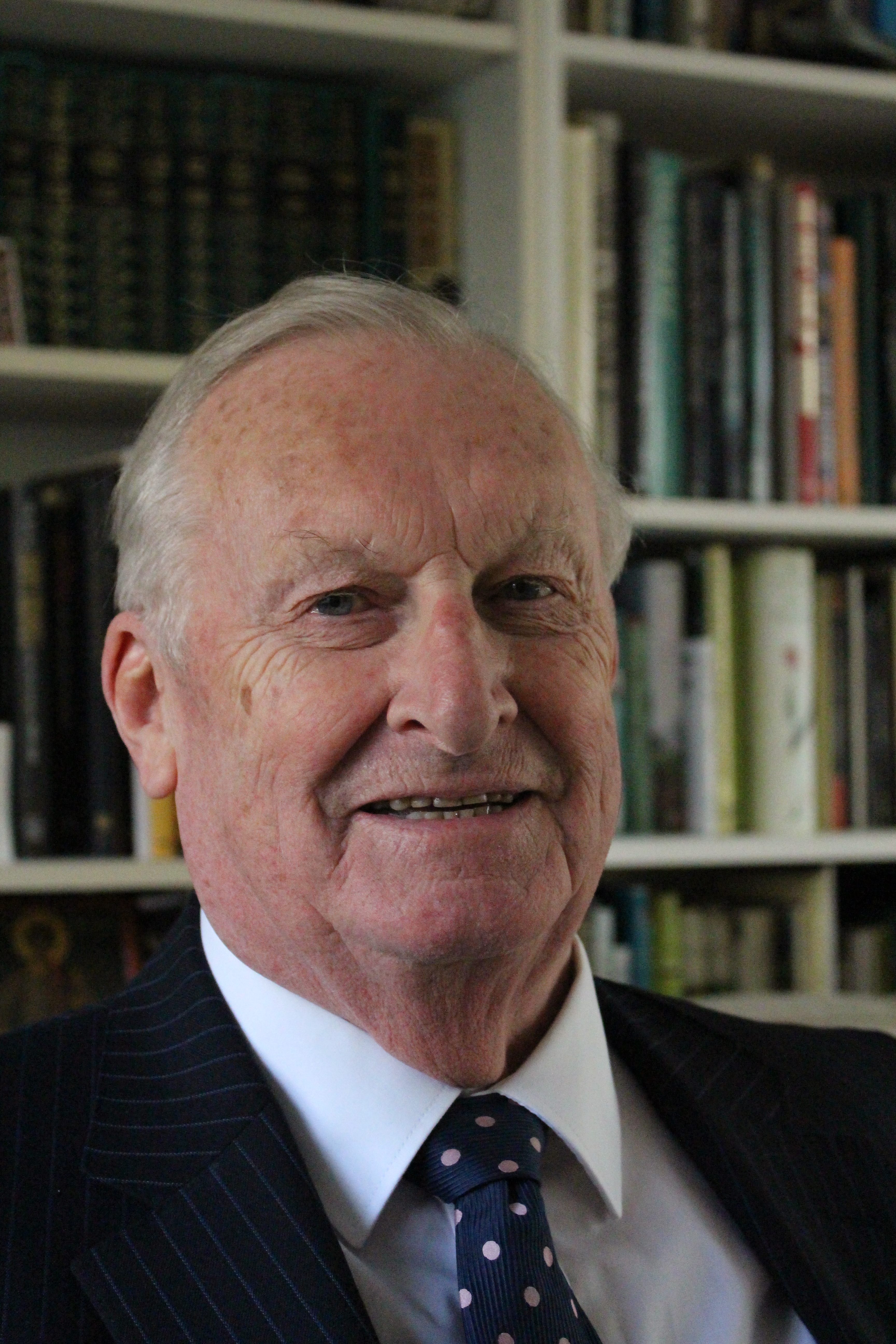 Adrian Williams is an actuary and management consultant whose professional life was focused on the application of mathematics and statistics to the improvement of strategy and operations, for organizations in both the public and the private sector.  In 1992 he was elected President of the Institute of Management Consultants.  He was a Founder Member of the Guild that became, in 2004, the Worshipful Company of Management Consultants, and served as that Livery Company’s Almoner for eight years. He retired from active business at the earliest possible opportunity and since 1991 has pursued activities as varied as learning Classical Greek, chairing the International Society of Meccanomen, fell-walking in the Lake District and Snowdonia, and teaching himself the classical guitar.  In this last endeavour he has been conspicuously unsuccessful, having instead to seek his musical consolation in the talents of his three sons.  He came to Finzi through finding, in a sale, an LP that he bought for the Holst on Side 1; on Side 2, he found Wilfred Brown’s performance of Dies Natalis – an epiphany indeed.  He became a member of Finzi Friends in 2001. 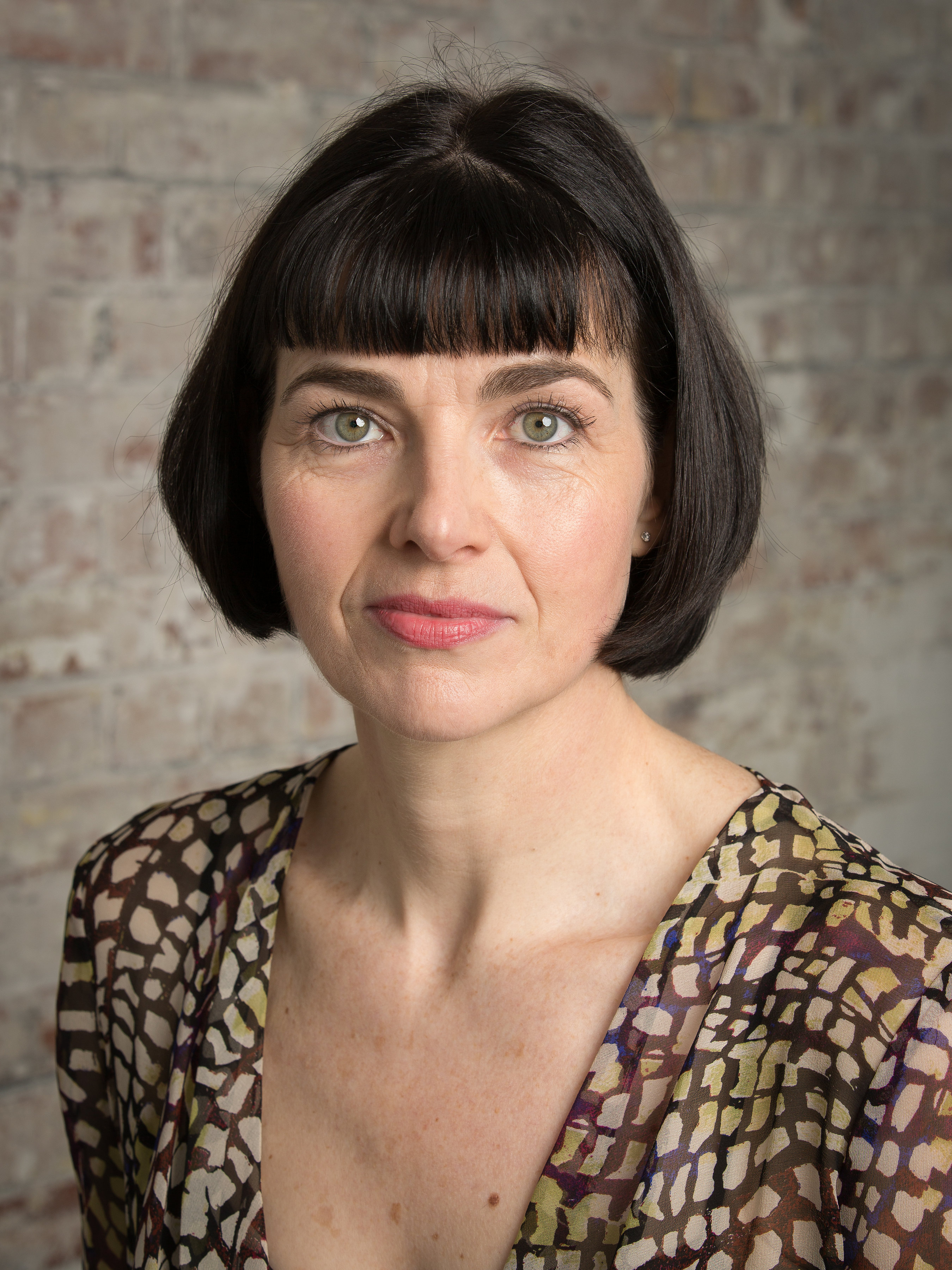 Clare McCaldin is a lyric mezzo-soprano whose presence in performance marks her out as a communicator of outstanding quality on the dramatic stage and concert platform. She is a powerful creative influence, as an interpreter of existing repertoire or commissioning and premiering new music. She has built a diverse career spanning the opera stage and concert platform, including Salzburg Easter Festival, Royal Opera, BBC Proms, Radio 3, Oxford Lieder, Three Choirs Festival and Edinburgh International Festival. She has appeared as a soloist with Oliver Knussen, Claudio Abbado, Vladimir Jurowski, Esa Pekka-Salonen, Sir Antonio Pappano, CHROMA and the Brodsky Quartet. Clare is known for her recital work and has appeared in partnership with Libby Burgess, Paul Turner, Andrew West, Simon Lepper and Iain Burnside. She has a significant solo discography of contemporary song repertoire. Through her company McCaldin Arts Clare has produced a number of solo shows. These range from narrated entertainments using existing repertoire (Haydn’s London Ladies about the composer’s visits to London) and Over My Shoulder (the lives of Elisabeth Schumann and Jessie Matthews), to brand new works for the stage. The critically-acclaimed Vivienne (about TS Eliot’s first wife) was written for her in 2013 and Clare’s latest solo show premiered in 2018. Mary’s Hand, examines the life of Queen Mary 1st and The Independent gave the show ✮✮✮✮✮ describing it as “a modest gem of a show”. In addition to her involvement with the Finzi Friends, Clare is a Governor of the Royal Society of Musicians. 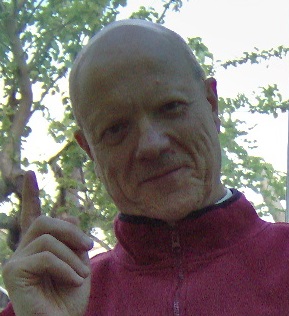 Geoffrey first encountered Gerald Finzi in the early 80’s, singing his part songs in a local choir and accompanying Finzi’s songs in festivals and concerts. He was also fascinated by Gerald’s love of apples and decided to plant many varieties himself in his own garden, also his love of the poems and novels of Thomas Hardy. A first visit to the Ludlow English Song Weekend in 2007 further deepened his interest before joining the committee of Finzi Friends in 2017.
Geoffrey was born in Stony Stratford and has lived there all his life and is well known in North Buckinghamshire as composer pianist, and as a teacher for over forty years. He first trained as an artist then as a teacher and later as a musician at the Guildhall in London. He has been involved in the local music scene since 1971 when he was a founder member, librarian and violist of the Milton Keynes Sinfonia. He has written and conducted works for local school music festivals, orchestras, vocal and chamber music groups, and much for keyboard wind, brass and string instruments.
He has had works performed by the Britten Sinfonia and the Orchestra of Opera North and has been a prize-winner in two national competitions, the British Flute Competition in 2001 and in the first British Clavichord Competition in 2004.
In November 2012 he was a prize-winner in the First Krzysztof Penderecki International Composers’ Competition in Radom Poland with In Arboretum for string orchestra.
In May 2015, at the Ludlow English Song Weekend the first performance was given of two songs from his song cycle The Echoing Axe, settings of Philip Larkin poems which were later broadcast on BBC Radio 3. As well as being a keen walker and swimmer, he enjoys the fruitful interaction of the arts and many of his poems have been published. As an enthusiastic organic gardener he has won the Conservative Cup for fruit growing in a local show. 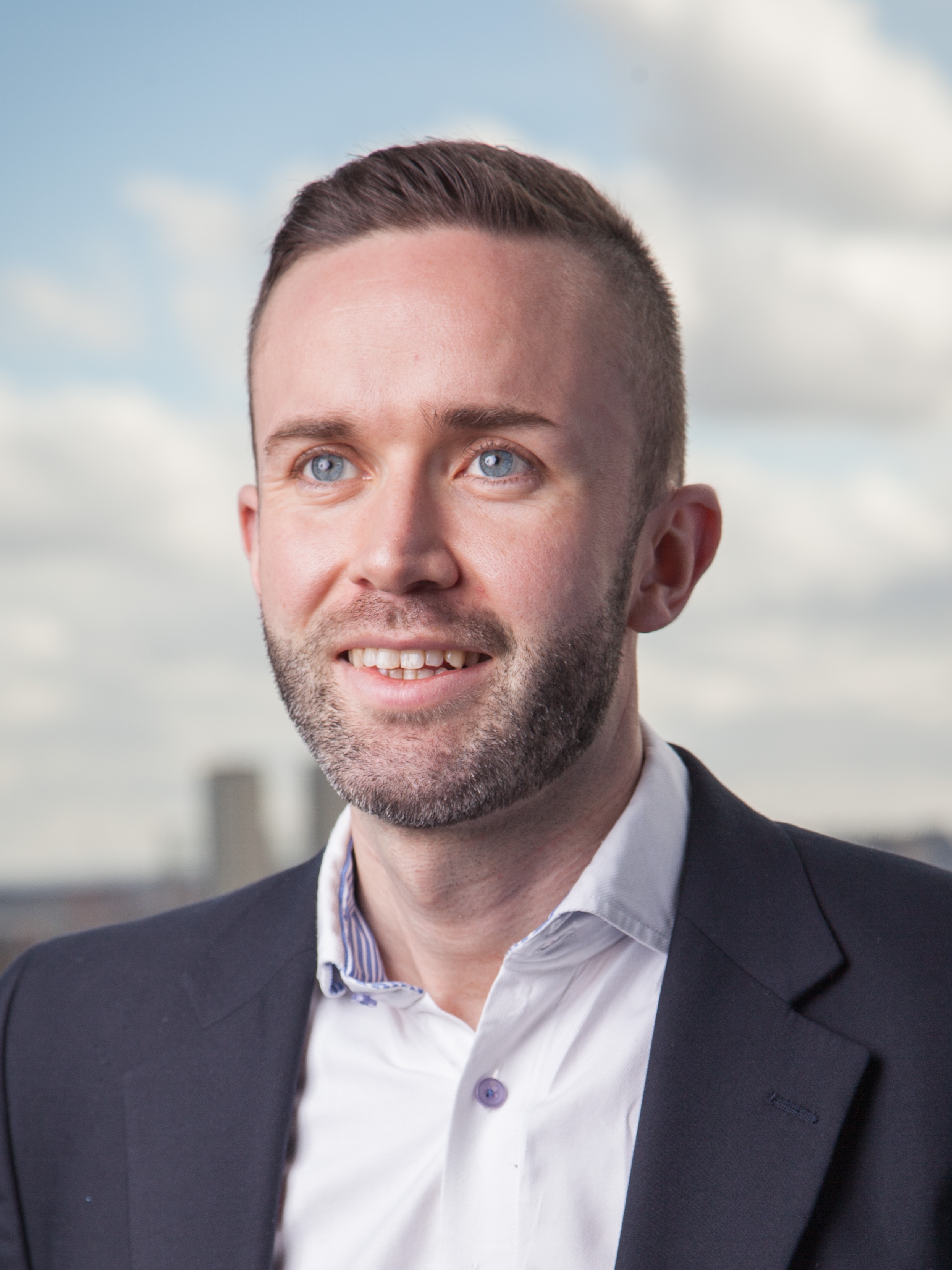 Gavin Roberts enjoys a varied career as a piano accompanist. He has partnered singers in recital at Wigmore Hall, the Barbican Hall and the Royal Festival Hall, and is Artistic Director of the recital series Song in the City, for whom he has devised more than 100 recital programmes. He has appeared at Oundle International Festival, Dartington International Festival, The Ludlow Weekend of English Song, The Ryedale Festival, and The Oxford Lieder Festival.

He has played for The BBC Singers, The Joyful Company of Singers, The Hanover Band, Tiffin Boys’ Choir, and as a repetiteur for Sir Roger Norrington and the late Richard Hickox. Gavin has appeared regularly on BBC Radio broadcasts as a soloist and accompanist, often giving premiere performances of new works, and has played on numerous CD recordings. His most recent project is a CD recording of London-themed song commissions for Song in the City.

Gavin studied piano with Andrew West and Eugene Asti at the Guildhall School of Music & Drama, where he is now a Professor. He previously read Music at Gonville and Caius College, Cambridge, where he also held the organ scholarship. Gavin is Organist and Director of Music at St Marylebone Parish Church. More details: www.gavinroberts.org & www.songinthecity.org