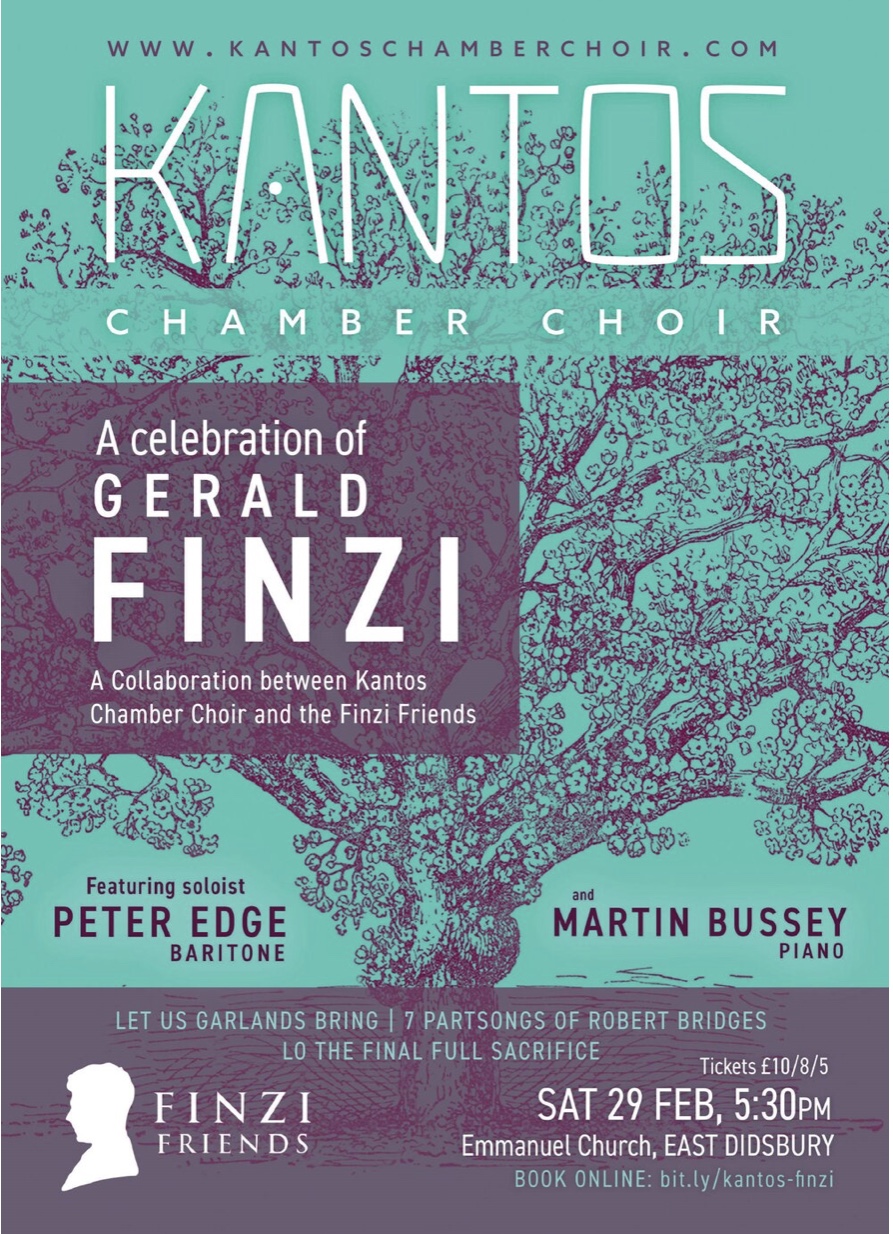 A concert by Kantos Chamber Choir, directed by Ellie Slorach with Peter Edge, baritone and Martin Bussey, piano. Seven Part-songs of Robert Bridges and other choral works; Let us garlands bring and selected songs from Earth and Air and Rain.

Kantos Chamber Choir was founded in 2015 by Ellie Slorach. The choir comprises the top choral singers across the North who have begun or are about to begin their professional careers. Since its formation, Kantos has risen to the forefront of choral singing in Manchester and the North West. The choir prides itself on the originality of its concerts, performing both well-known and new compositions in innovative and exciting ways. We are proud to be the associate choir for Collective31. The choir champions new music and frequently performs commissions by composers based in and around Manchester. Kantos also holds an annual Christmas Carol composition Competition.

In addition to our own concerts, Kantos regularly broadcasts for the BBC Radio 4’s Daily Service and Sunday Worship programmes. Recent engagements have included performances and recordings with the BBC Philharmonic, Royal Liverpool Philharmonic Orchestra, Northern Ballet Sinfonia and Piccadilly Symphony Orchestra. The choir have recorded on record labels including Decca Classics and Prima Facie. Kantos is professional and versatile: one week we join Gary Numan on a UK tour including a Royal Albert Hall show and the next week, we perform a world premiere by contemporary composer, Camden Reeves, at the Pendle Heritage Centre.

Baritone Peter Edge graduated from the Royal College of Music, London, as a Master of Music in Vocal Performance with Distinction, where he was supported by the Walker Trust. Competition successes include the International Medal at the Llangollen International Eisteddfod and the Chris Treglown Memorial Award. Peter is delighted to be a Concordia 2019/2020 featured artist.

At the beginning of December 2019 Peter made his solo debut at the Royal Albert Hall, where he sang at the Grand Final of the ATP Champions Tennis Tour. Peter also enjoys choral singing and joined the Sixteen in 2019 for the world premiere and CD recording of James MacMillan’s Symphony No. 5, Le grand inconnu.