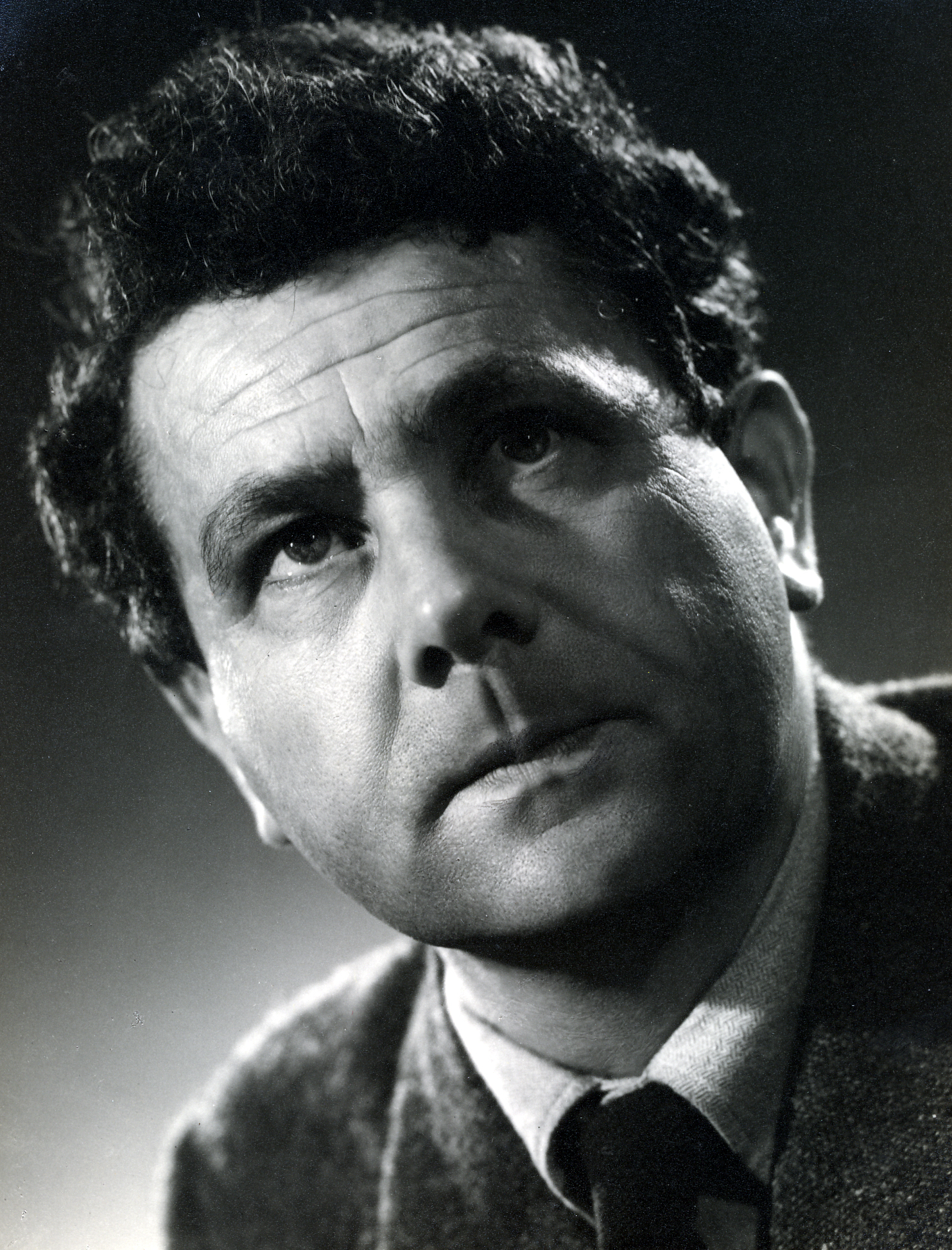 Following the postponement of the 2020 AGM we combined the 2021 AGM with a return visit to Churchdown on September 4. It was good to see so many members attending and we had a fruitful review of the activities of the Friends as part of the AGM. We thanked Clare McCaldin as she departed the Committee, especially for her role in setting up the new website, and paid tribute to all of Adrian Williams’ tireless efforts as Treasurer and also instigator and chair of the reserve grants working party. It was good to have his successor, Ian Wadhams with us. We also were delighted that our new website manager, Derri Lewis was able to join us.
After a sociable lunch, giving some members time to get up to the top of Chosen Hill, we enjoyed one of Iain Burnside’s brilliantly devised creations, centred around Finzi’s Letters. This enabled proper celebration of Diana McVeagh’s edition of the letters and it was a joy to have Diana with us. Iain accompanied tenor Florian Panzieri in captivating performances of many favourite Finzi songs, interspersed with readings from the letters by current chairman Martin Bussey and his predecessor, and Finzi Trustee, Paul Spicer. A highlight of the concert was hearing Iain as solo pianist in Howells’ tribute piece to Finzi, written on hearing of his death, Finzi’s Rest. Click to make the photos bigger! 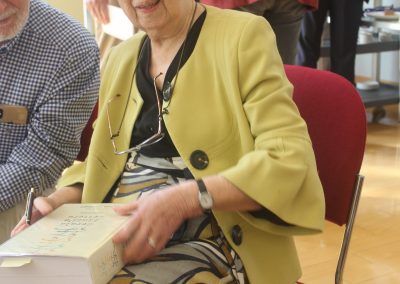 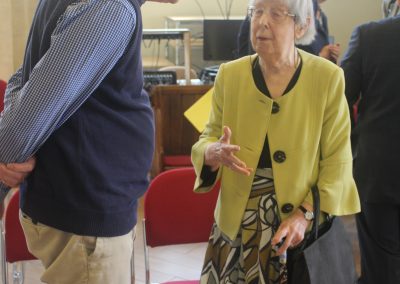 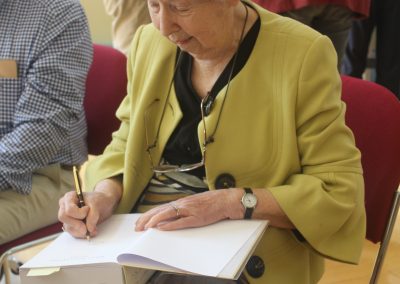 Diana McVeagh autographs a copy of her Letters book 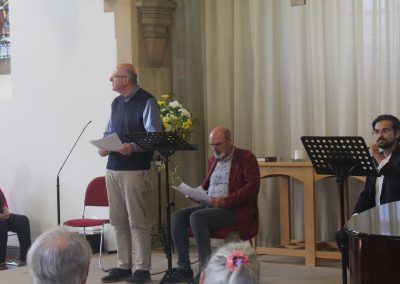 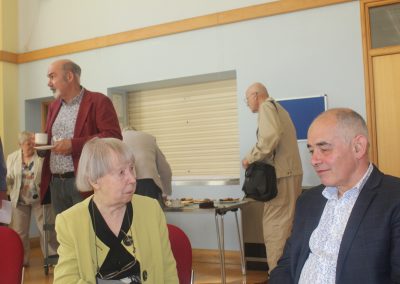 Diana McVeagh and Iain Burnside at the post-recital tea 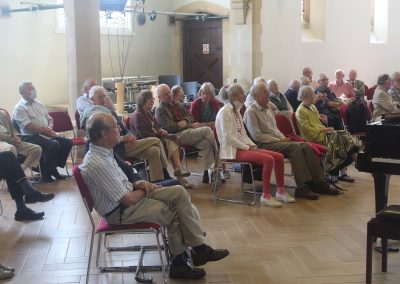 Friends gather expectantly for the afternoon 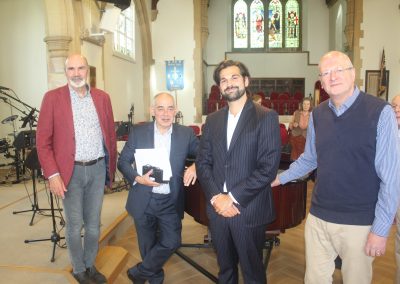 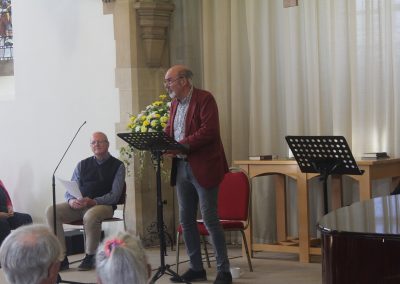 Martin Bussey reading as one of Finzi’s correspondents

This summer has seen a re-awakening of Finzi Friends musical activities, through through our partnership event with St Marylebone Festival, on July 23 2021. There were three distinct parts to the event. In the afternoon Martin Bussey led a guided walk starting at Finzi’s birthplace in Hamilton Terrace down through St John’s Wood, passing Vaughan Williams’ house near Regents Park and ending up with a viewing of the Finzi bust. We were made very welcome by the librarian of the Royal Academy. The second element was an introductory talk by Martin Bussey prior to the evening concert entitled ‘Finzi, Town and Country’, looking at Finzi’s involvement in London set against his rural lifestyle. The culminating element was an invigorating and well-performed concert featuring the choir of St Marylebone in choral, solo vocal and instrumental roles. This included ‘Lo, the full final sacrifice’, settings of Christina Rossetti and Finzi’s Oboe Interlude amongst other works. We invested substantially in terms of financial support for this concert and it was well attended in the context of opening up after Covid. Particularly significant was the attendance at all the events by newcomers to Finzi or non-members of Finzi Friends.

In planning for the future we continue to look at holding events such as this; supporting other celebrations of Finzi’s music; and supporting groups who are performing Finzi’s music in interesting ways or visiting more rarely performed pieces. Click to make the photos bigger! 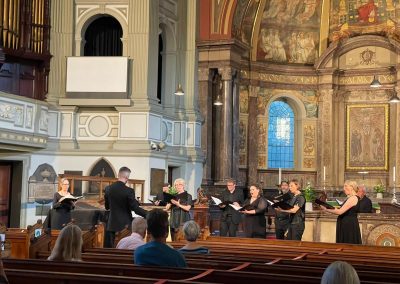 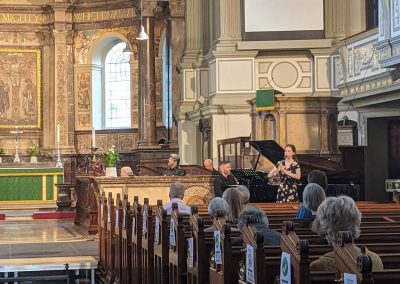 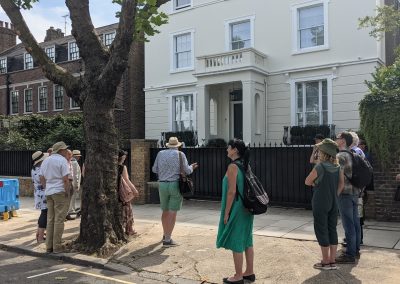 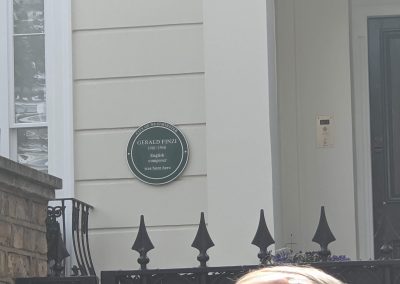 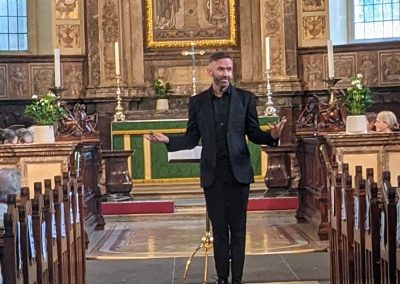 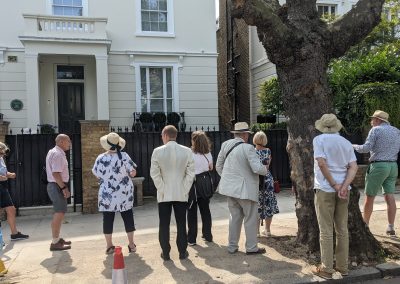 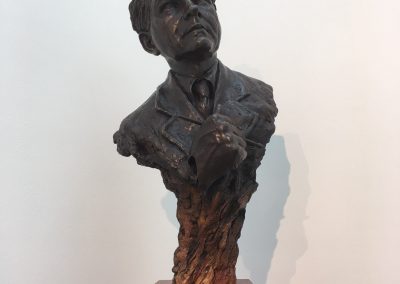 With Kathryn Adamson from the Royal Academy of Music library talking about the Finzi bust, with the Moura Lympany bust evident in the corner. 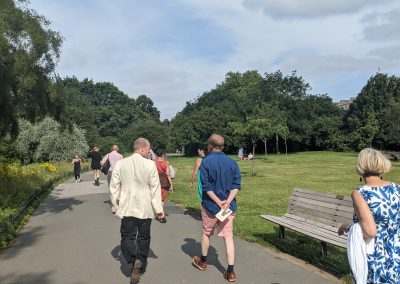 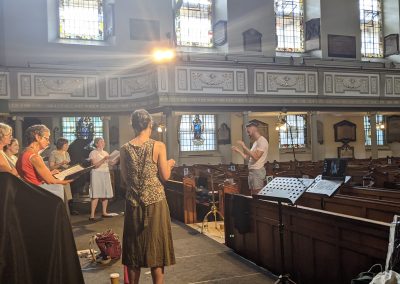 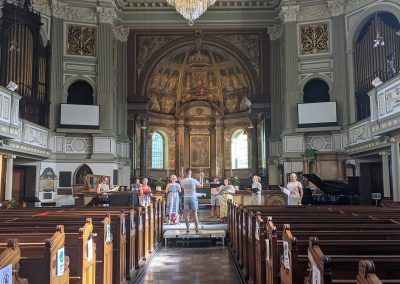 Following the postponement of our 2020 Annual General Meeting due to the COVID-19 pandemic, we intend to combine our 2021 AGM with our September visit to Churchdown. The AGM will be the first item on the day’s schedule.

Following the meeting, we will be marking with readings and music the publication of Diana McVeagh’s volume of the Letters of Gerald Finzi.

We are delighted that James Atkinson (baritone) and Florian Panzieri (tenor) will sing an afternoon recital, accompanied by our President, Iain Burnside.

For full concert details on the AGM and Churchdown Visit: click here 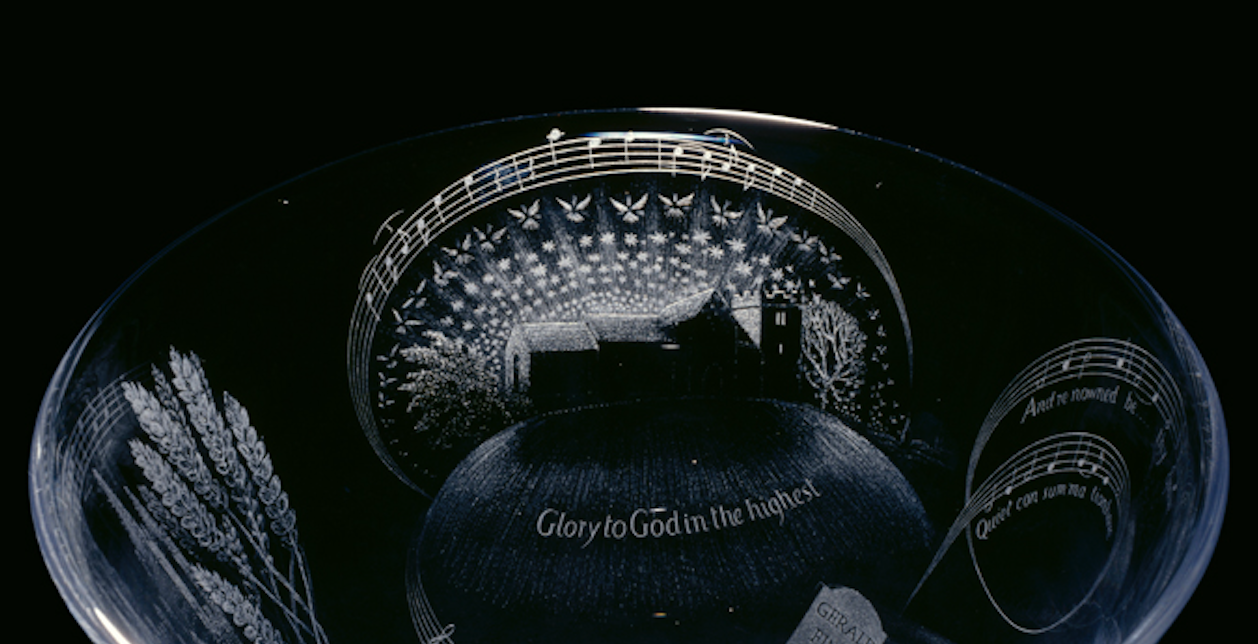 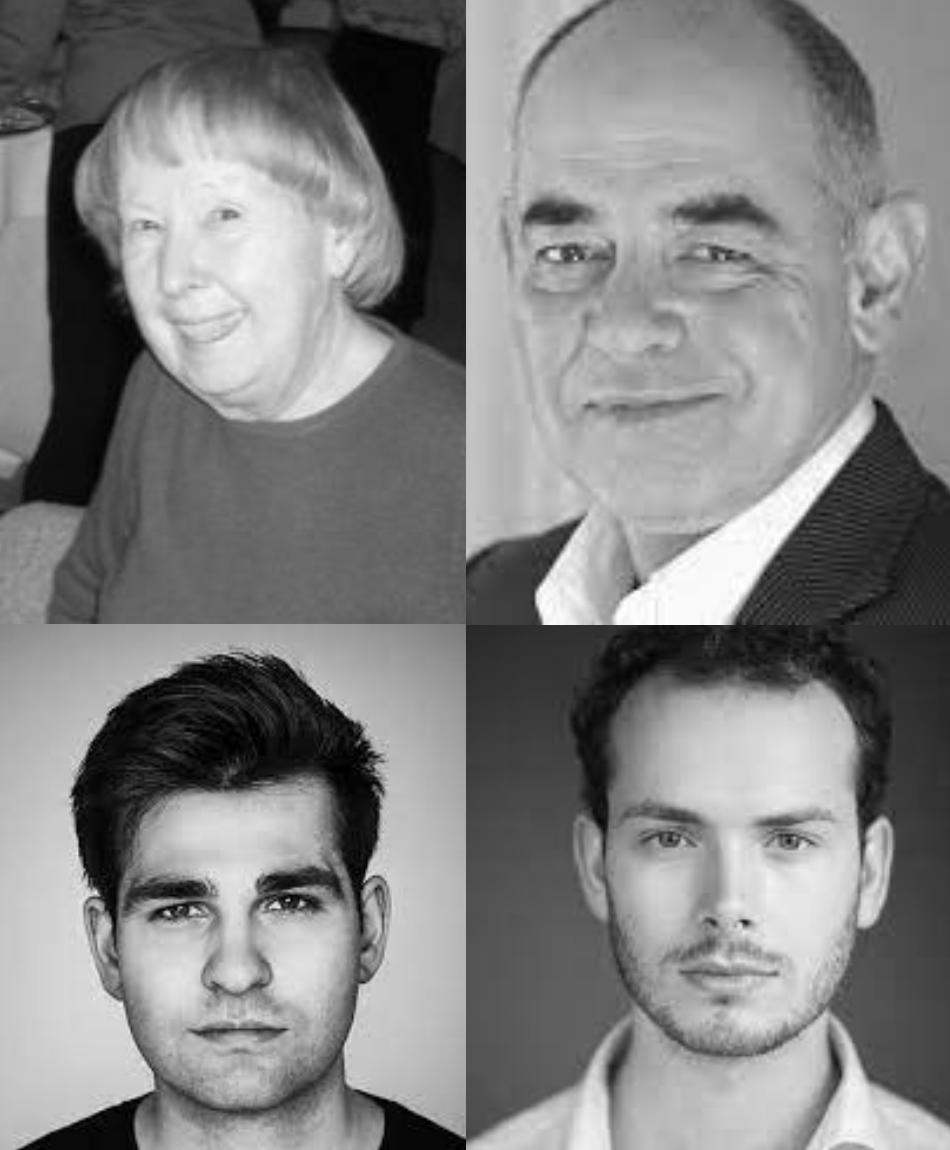 Gerald Finzi (1901-56) was born on Hamilton terrace in St John’s Wood, and taught at the neighbouring Royal Academy of Music from 1930-33. This concert in association with Finzi Friends showcases the extraordinarily poignant musical voice of this uniquecomposer, combining choral and instrumental music alongside the some of Finzi’s well-known and lesser-known solo songs. 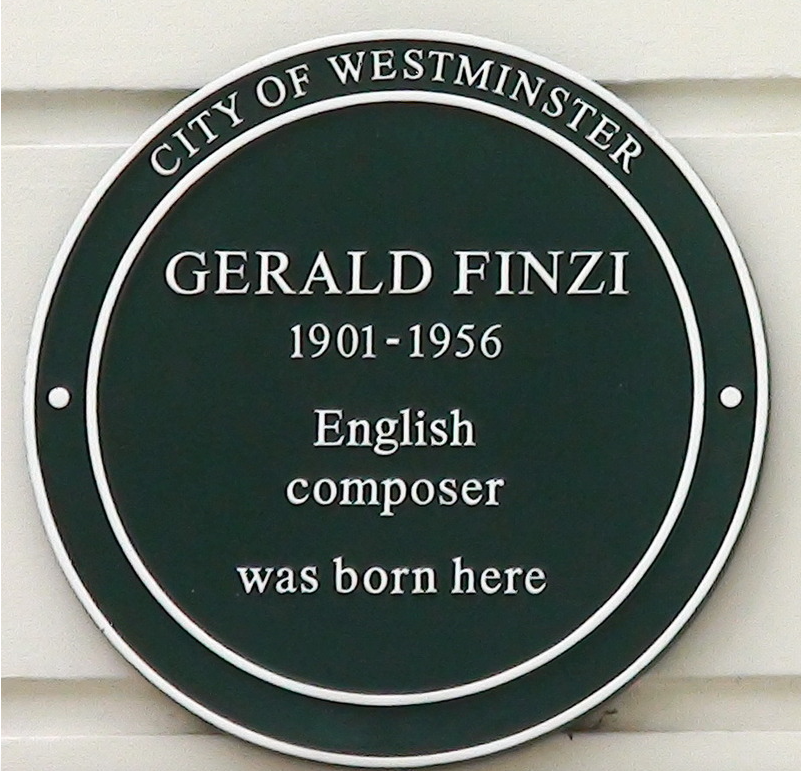 Gerald Finzi’s (1901-1956) masterpiece is the radiant and touching cantata Dies Natalis. He is also highly regarded for his Thomas Hardy song-settings, for his Intimations of Immortality, and for his fine cello and clarinet concertos. As a scholar, he championed the then neglected composers Hubert Parry and Ivor Gurney, and the eighteenth-century John Stanley, William Boyce and Richard Mudge, composers he revived with the amateur orchestra he founded.
Diana McVeagh, Finzi’s biographer and Finzi Friend, brings together more than 1600 letters from and to Gerald Finzi, spanning the composer’s life from the early 1920s until his untimely death in 1956. His more than 160 correspondents include Ralph Vaughan Williams, Herbert Howells, Edmund Rubbra, Arthur Bliss and Howard Ferguson, Michael Tippett, Benjamin Britten and Sir John Barbirolli, the poet Edmund Blunden, and the artist John Aldridge, making this a portrait not only of Gerald Finzi but also of his group of composer, musician and artist friends in the first half of the twentieth century.

From amusing trivia to the deeply serious ideas and principles Finzi set out at the onset of war and in the 1950s, these letters allow for first-hand insights into his personality and background. This definitive edition is fully annotated, offering context with substantial commentaries on the correspondence, illustrations by Joy Finzi, a chronology, bibliography and a catalogue of works. 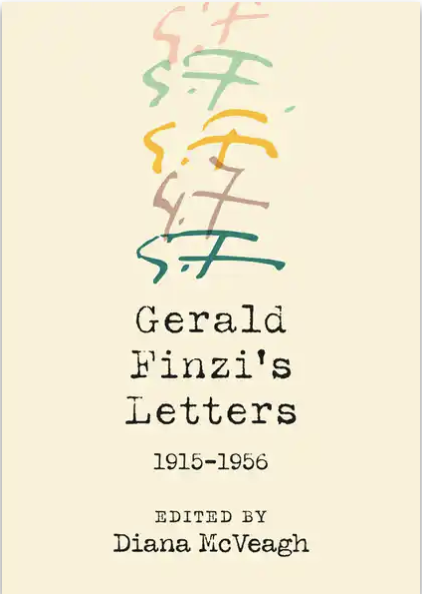 You can buy a copy of Diana’s book by clicking on this link: Buy Finzi Letters

Why does the work of Gerald Finzi attract so much attention and interest?

The immediate answer can be found in the sheer quality and integrity of his compositions, particularly those setting English poetry. Finzi’s many settings of Thomas Hardy, Shakespeare and his luminous setting of Thomas Traherne, Dies Natalis, are unrivalled in their craftsmanship and response to words. They seem to result in music which is at one with the poet’s thought.

Gerald Finzi’s breadth of inspiration and depth of personality lend a mysterious and troubled quality to so much of his work, notably the remarkable Hardy song-cycle Earth and Air and Rain.

Tragically, he died in 1956 at the age of only fifty-five, shortly after completing his largest scale orchestral work, the Cello Concerto.

We hope you will enjoy exploring Finzi’s music and the work of the Friends, and will consider joining us through one of our two strands of membership. 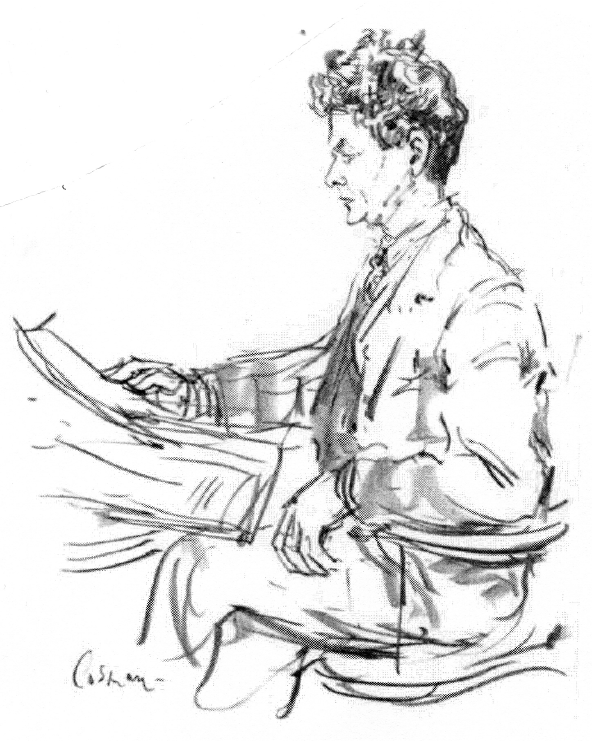 Find out more about Finzi's life 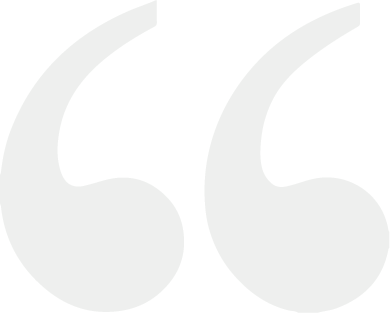 There is no room in the world, as you say, for second rate work.

There is no room in the world, as you say, for second rate work.

Support Finzi Friends and the work that we do by becoming a full member or by making a donation.

Publish an annual Journal and occasional Newsletters, containing articles relating to Gerald Finzi, reviews of CDs and books, and news regarding the organisation and forthcoming performances of Finzi’s works

Hold other workshops and study days and members’ events annually

Offer members a comprehensive stock of CDs and Finzi-related merchandise at discounted prices.

A word about us…

Explore our past newsletters, discover our CD and merchandise collection, and read reviews of recent concerts

Proud Supporters of the Finzi Trust. 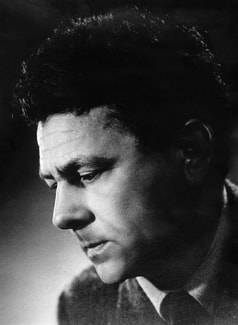